Nu Genea is the artist project between Neapolitan musicians/DJs Massimo di Lena and Lucio Aquilina. At the core of their instrumental craftsmanship is a historiographic investigation into dance music, collecting inspiration from centuries of sonic outputs from their hometown of Napoli and fusing it with elements of world music. The result of this thorough research is a conglomeration of music past and present; a concoction touched by disco, funk, boogie, electronic, dub, folk and beyond.

Four years after their last release Nuova Napoli, Nu Genea return to Australian waters with a new album up their sleeve - Bar Mediterraneo. Sinking more into the body of acoustics, electronics and voices indicative of their collaboration, Bar Mediterraneo invites listeners on a new journey: into an imaginary space where travelers separated by languages but united by the sea may commingle, and surrender themselves to the whims of fate. All the more exciting, Nu Genea will be bringing their 8-piece live band experience down under with them, hot from touring across Europe with infectious rhythms this Summer.

Equal parts poetic and ecstatic, reflective and up-beat; secure your chance to experience the narrative live at Meredith Music and Arts Festival this December, with two unbeatable side-shows on the circle expanse of the Night Cat stage on December 8th and 9th. 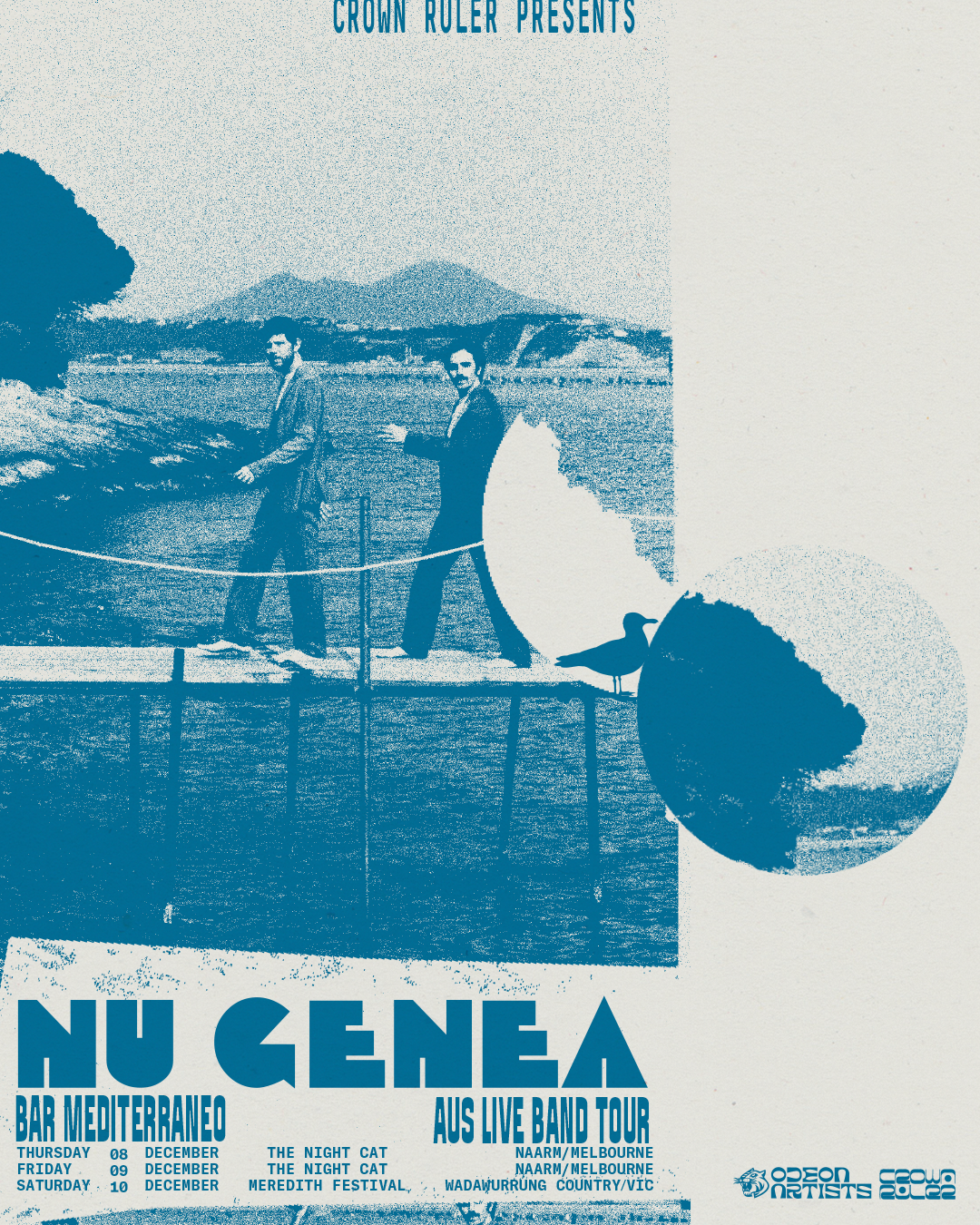