Originally from Madrid, John Gómez has been dubbed by Boiler Room as “one of London’s best kept secrets” - a reputation earnt from unearthing soulful sounds around the globe. With a penchant  for Brazilian music and an insatiable musical curiosity, Gómez is a versatile DJ whose excellence has secured him invitations to play around the globe in myriad dance-ready contexts from large festival stages to intimate basements. He’s also a well-loved radio host, programming his own “The Spaces in Between” on NTS and one of the station’s flagship morning programs “Soup to Nuts” where he dissolves genre boundaries weekly.

Nick The Record is originally from the UK, getting his first taste of London nightlife in the 80’s and early 90’s. There he discovered Hip Hop jams and the Rare Groove scene, eventually starting to play underground parties in the thriving warehouse scene at the time. In the past 15 years he cut his teeth DJing across Japan - including as a resident DJ at Taico club open air festival for 13 years, closing out the festival at the stage in the Nagano Mountains. Nick The Record is an avid traveler, one in-love with playing to new crowds and meeting music lovers around the world, so locking him to one place as a resident in current times is out of the question.

As a duo their individual talents are superimposed to daring extremes, realized in the one of London’s most exciting club nights they run together - Tangent. Built on the self-proclaimed goal to bring beautiful music to beautiful people on a beautiful soundsystem, at these nights they share their most beloved sounds found from decades of digging including disco, boogie, left-field electronica and beyond.

Catch John Gómez and Nick The Record all across Australia this November and December, including stops at Hopkins Creek Festival and Naarm’s iconic The Night Cat stage. 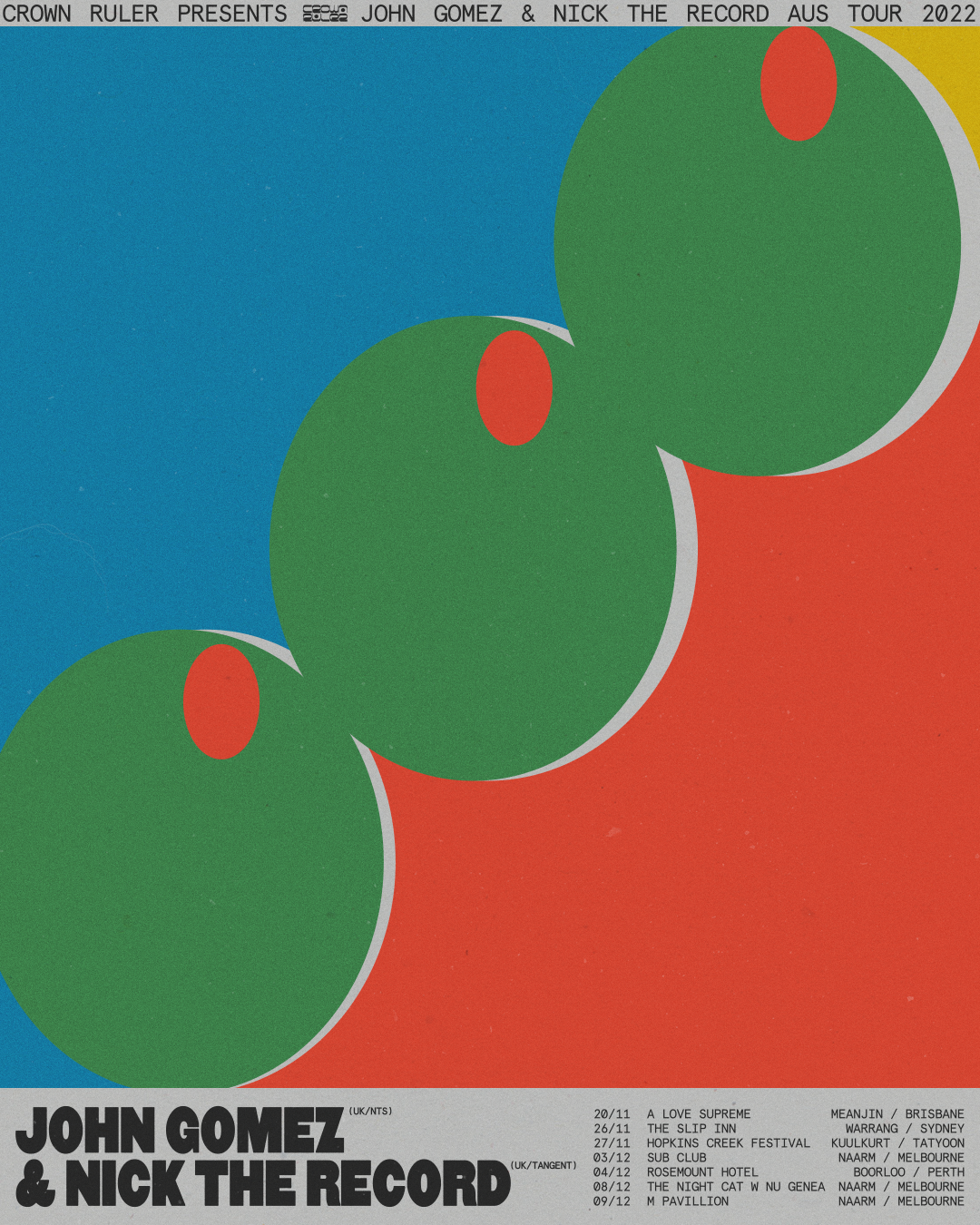